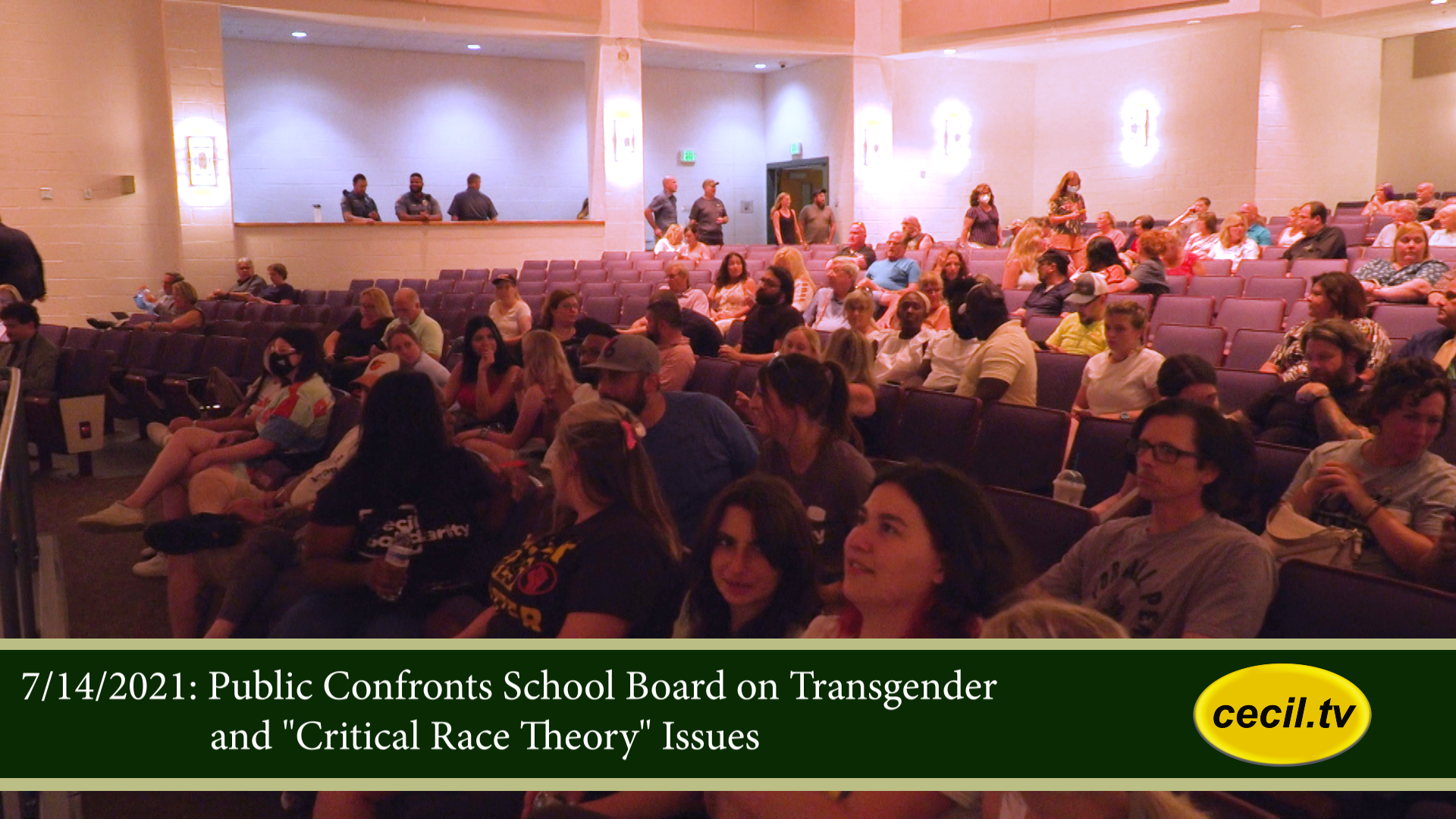 July 16, 2021 by Doug Donley On Wednesday, local residents converged upon the Board of Education’s monthly meeting to express their views about the accomodation of transgender students and issues that some have called Critical Race Theory. To accommodate the group of 100 or more attendees , the board held its meeting in the Elkton High School auditorium. During a public comment period that was not originally on the Board’s agenda, 23 members of the public expressed their views on the two topics that affect school systems both locally and nationally.

Jessica Riedel, a board member of the Cecil County LGBTQ+ Alliance spoke about the higher rates of suicide among Transgender students and the effects of forcing these students to use a bathroom that does not align with their identity.

Rising Sun resident Agee Brown spoke about the discomfort and risk to female students who might share facilities with transgender students.

Christine Givens, representing Cecil Solidarity, said that students need to be taught an accurate version of U.S. history that includes racial injustice and the role of black and indiginous people in the founding of the country.

Dave Mihalis said he thought the Board should be more open about it’s efforts to achieve equity for underperforming minority students and should focus on all students.

Rev Joshua McCord, Senior Pastor at Conowingo Baptist Church, said that he objected to being told how to speak about Critical Race Theory and that teachers should not express their views in the classroom.

Several speakers referred to a video of the March 24, 2021 CCPS School Board meeting which contains a presentation describing the Racial Equity Oversight Steering Committee, a grant funded initiative to address performance and disciplinary disparities among various portions of the student body. The video can be viewed on the CCPS web site.

Following the last speaker, by which time many people had already left the auditorium, School Superintendent Dr. Jeffrey Lawson addressed the issues that had been the focus of the evening’s public comments. He repeated his message in a CCPS Facebook post the following day. In his remarks, he said that school systems in Maryland are required to address academic inequities and “disproportionalities” in the student population and that policies regarding transgender students are a matter of following federal law.